Chillout music, also known as ambient or downtempo, is a genre of electronic music that is characterized by its relaxed and atmospheric sound. It is often used for relaxation, meditation, or background music, and is known for its smooth and melodic melodies, as well as its calming and soothing effect on the listener.

One of the defining characteristics of chillout music is its focus on instrumental compositions. Unlike other genres of electronic music that rely heavily on vocals and lyrics, chillout music relies on instrumental arrangements to convey its mood and atmosphere. This allows the music to speak for itself, and allows the listener to interpret the music in their own way.

One of the key elements of chillout music is its use of electronic instrumentation and production techniques. Chillout music is typically produced using electronic instruments such as synthesizers, samplers, and drum machines, as well as digital audio software such as Pro Tools and Ableton Live. These tools allow producers to create complex and layered soundscapes, which help to create the immersive and atmospheric sound that is characteristic of chillout music.

One of the most distinctive features of chillout music is its use of melodic and harmonic elements. Chillout music is known for its smooth and relaxing melodies, which are often built around simple chord progressions and repeating patterns. The melodies in chillout music are typically played on instruments such as keyboards or guitars, and are often accompanied by ambient pads and sound effects.

In addition to its melodic and harmonic elements, chillout music is also known for its use of rhythm and groove. Although the tempo of chillout music is generally slower than other genres of electronic music, it often incorporates subtle and sophisticated rhythms and grooves that add depth and complexity to the music. These rhythms are often created using electronic drum patterns, and can range from simple and repetitive to more complex and intricate.

Despite its focus on instrumental compositions, chillout music is not without its notable composers and producers. Some of the most influential figures in the genre include artists such as Biosphere, The Orb, and Boards of Canada, who have all made significant contributions to the development of chillout music. These artists have helped to shape the sound and aesthetic of the genre, and have inspired countless other producers and musicians.

In conclusion, chillout music is a genre of electronic music that is characterized by its relaxed and atmospheric sound, and its focus on instrumental compositions. Its use of electronic instrumentation, melodic and harmonic elements, rhythm and groove, and sound design and production techniques all contribute to its immersive and relaxing sound. While the genre has many notable composers and producers, it is ultimately the music itself that speaks to the listener, and allows them to escape into its calming and soothing soundscape.

This music is created for free unlimited usage on social media sites such as Youtube, Facebook, Instagram, TikTok etc. With your convenience in mind almost all compositions included different edit versions. Streaming platforms links gives access to listen and save tracks to your playlists. Please notice some restrictions about monetization here: Terms Of Use or F.A.Q. 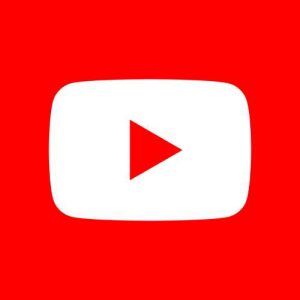